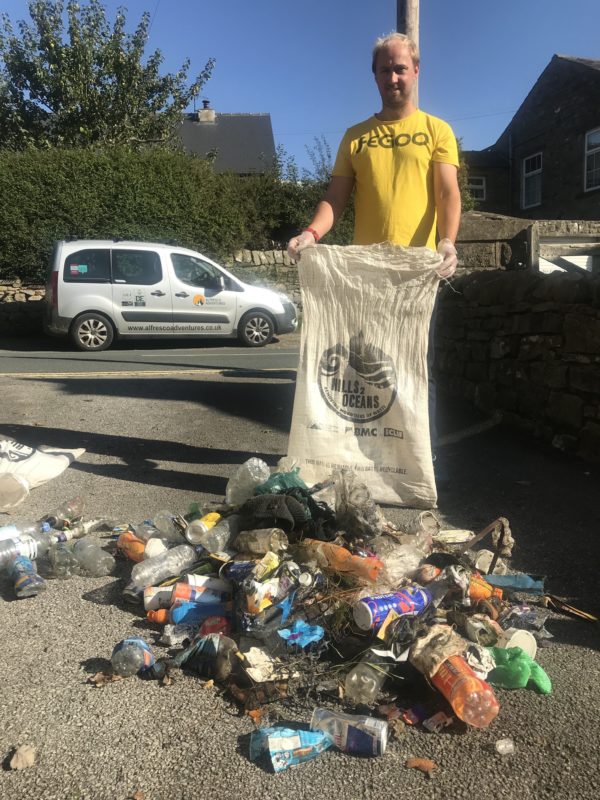 This year though the BMC launched the ‘Hills 2 Ocean‘ campaign to pick up litter from upland environments. They recon that 80% of the litter dropped in the hills ends up in the ocean. 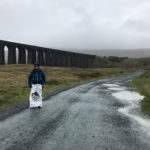 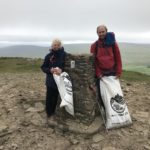 THIS WAS COLLECTED FROM RIBBLESDALE HEAD VIADUCT  TO WHERNSIDE, A EIGHT MILE CIRCULAR WALK. THIS WAS COLLECTED FROM HORTON IN RIBBLESDALE TO PEN-Y-GHENT, A SIX MILE CIRCULAR WALK. 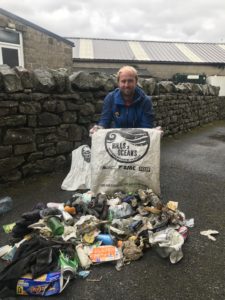 THIS WAS OUR WAY IN! I got in touch with the BMC as soon as I saw the campaign and we they were delighted we wanted to be part of it. They gave us re-useable bags and litter picks, we were then all set to PICK, PICK, PICK. We advertised two short 6/8 mile walks on our Facebook Page and through the BMC website asking for volunteers but, sadly it was always just me and one other, which as we gather so much of Whernside it was quite a challenge! We had filled one sac within ONE mile of leaving the car and it was heavy. Just to make it a little more challenging it was raining, bitterly cold and very windy. Just what you want!

We were shocked what we found, it was truly disgusting! We are intending to do two more litter picks in 2020: