The plane that crashed in Apedale After watching the news on the 22nd of February of the ten planes that flew over Sheffield to mark the 75th anniversary of the US bomber plane that came down in Endcliffe Park in 1944, killing everyone on board. I thought I should get the kids out to for an adventure to find a local plane crash site, the kids were really excited! For years I’ve know about the crash site which is near Slipstones Crag, Masham, but after a little bit of googling I found a crash site that was really close to home. This I was excited about, I had no idea where exactly it was other than it was in Apedale. We asked our neighbour who is a retired farmer that farmed just over the moor on Whitaside, he remembers the plane crashing and it catching fire and that fire burned till Christmas. He gave us rough idea of where the plane crashed, so we made lunch, packed our bags and headed to Apedale in search of the crash site! The adventure begins…..

Apledale is the smallest dale in the Yorkshire Dales and is nestled in-between Wensleydale and Swaledale. It was an area that was mined for lead back early 1800’s and now its a managed grouse moor with a bridleway that has a brilliant descent coming over from Whitaside in Swaledale.

The kids are leaping with excitement skipping along the bridleway, collecting stone or in Arlo’s case the bigger the rock the better! Gem and I trying to get them to put them down to help us remember the way back. 🙂 After walking for twenty minutes we find the perfect spot for lunch, Dent’s Houses. Within minutes Millie wants to move in, asking can we live here id be outside all the time playing in the stream and I knew what was coming next. Dad we could get a dog too. My answer ‘NO, NO, NO’! Taking shelter inside Dent’s Houses eating our lunch, on what was a beautiful day outside. We couldn’t sit still for long though the kids (me included) wanted to go and play in the steam. There is something very satisfying about playing in a stream! Being parents we were constantly telling the kids don’t get your feet wet, we’ve got a way to go yet. The only person to get wet feet was ME! DOH

After dragging them away with the bribe of Haribo we set back off in search for the crashed plane.

The plane that crashed on the 29th September 1959 was the Gloster Javelin F.A.W Mk.5 XA662 of No.288 Operational Conversion Unit based at RAF Leeming. The crew were on a training flight when the accident happened. We are also led to believe it crashed due to a fuel leak which resulted in engine failure. Both pilots also survived as the ejected out of the plane before it crashed.

We’d walked quite a few kilometres by this point the kids were getting a little grumpy we hadn’t found the plane, lucky just round the next corner there was a gamekeeper hard at work on the moor. The kids were very happy he’d pointed us in the right direction as we’d walked a little further than we needed. 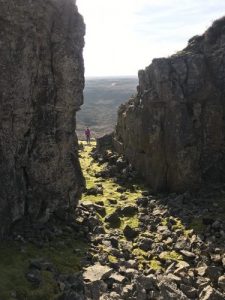 After a little bit of up and a little bit of bog hopping we found the Gloster Javelin. The children at this point were like children in a sweet shop, absolutely buzzing. Mum, mum, mum come and look at this! Dad, dad, dad what do you think this could’ve been?

It was amazing that so such of the plane is still there, wires and pipes everywhere. The fuel pipe a little squashed but still in one piece, it is roughly 10ft long. There was a tyre and loads of other bits of metal scattered over an area of about the size of a football field. 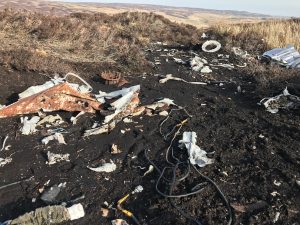 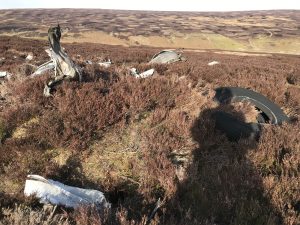 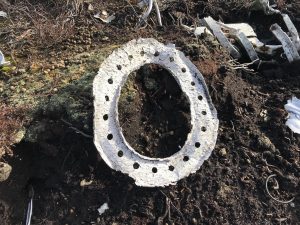 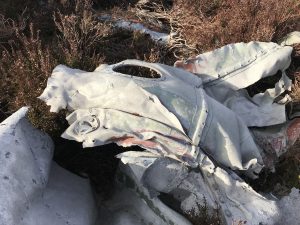 With a big fat tick – THE APEDALE PLANE CRASH SITE WAS FOUND! The grid reference for the site is SE015 942, it’s like finding a massive geocache. We then he headed back to the car to go for a well earned ice cream in Reeth. We recommend it for a walk out, we all had a great time and a lot fun! Another great alfresco adventure!